What type of termite often appears in Vietnam? What is their identity and behavior? Please follow the following article for more details.

Subterranean termites are the most common type of termite found throughout the entire nation and unfortunately, the most damaging as well. They are infamous for causing extensive structural damage in thousands of homes each year. They usually attack any wood that comes in contact with the ground. On the other hand, to reach a target on the ground they build mud tubes.

Subterranean termites require an association with continuous and a lot of moisture, so they build their nests in underground soil. We can only detect the subterranean termite when we see the termite worker looking for food, but if with the naked eye, it is very difficult to detect. Subterranean termites usually appear when temperatures are warm and with heavy rainfall. Especially at the beginning of the rainy season, These winged termites will eventually fly from the original nest to mate. This mating flight is referred to as ‟swarming”, they will develop 3-5 years before separating a new nest.

This is the most common and high proportion of termites. Damage caused by termites is estimated to amount to hundreds of billions per year. It only takes a short time, from 3 to 4 months, the subterranean termites can quickly penetrate into wooden furniture in the house. 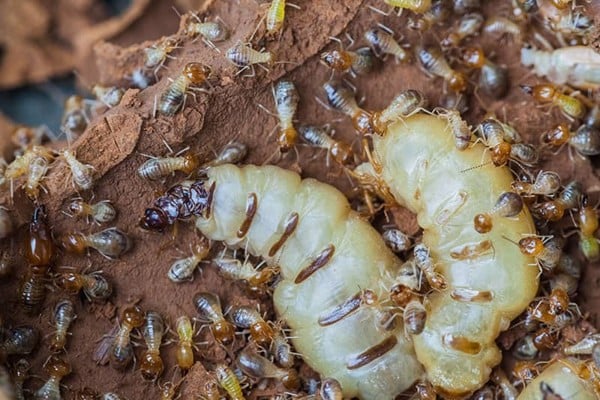 Drywood termites usually eat only dry wood or the cellulose found in papers, shoes or clothing. We sometimes get confused between drywood termites and beetles. Typically, drywood termites only attack softwoods, however, some aged hardwoods or pickled ovalwoods can also be targeted.

Unlike subterranean termites, drywood termites grow and develop without the need for water or moist soil. Therefore, we often find termite nests in dry tree trunks on the ground. They often congregate in a warm climate, not too cold winters and with an abundant wooden structure. 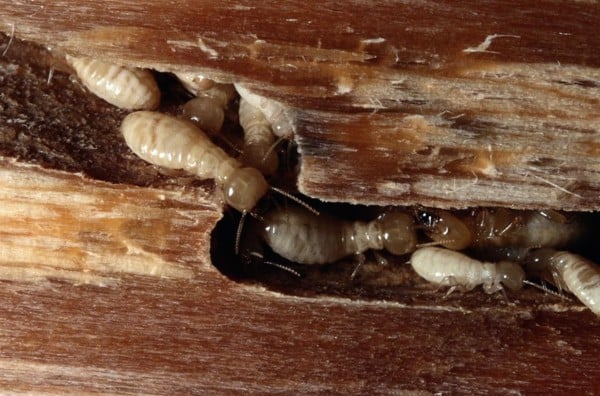 Dampwood termite are often found in wet coastal areas, near water sources or long damp wooden bodies such as construction works, historical relics from a long time ago. They can focus very quickly on the target of a food source and the rate of destruction of this termite is extremely large.

In contrast to dry wood termites, dampwood termites live in places close to water sources in order to have enough water to support their living. nest in discreet places or structures for house construction, places often attacked by termites such as: floors, panels, crevices, wooden bales, tree stumps, trees or books in the home. If drywood termites usually have a few hundred individuals, for dampwood termites, a termite nest can have 1-3 million individuals living and destroying. In some large termite nests can reach a number of tens of millions of active termites and they are extremely destructive.Not only that, dampwood termites can also operate within a radius of 100 meters to cause damage to many structures. They have the habit of building underground nests, so it is difficult to destroy the original.

"Silent" and "Secret" nature, the dampwood termite's behavior is often very subtle until it becomes dire. The number of individuals in the nest is large and the speed of destruction is fast, the damage caused by dampwood termites is very great if not promptly controlled. 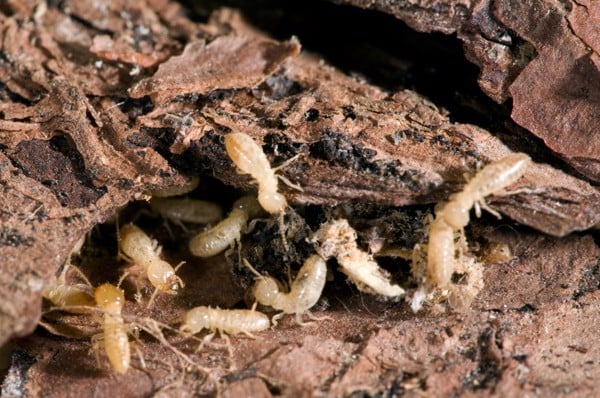 Above are some basic knowledge to help you distinguish and identify harmful termites in Vietnam. However, determining exactly which termites are residing and the condition of your home requires someone with certain experience and expertise. Please choose a reputable and professional controlling company. They will help you detect the presence of termites early, control the situation, find the best solution and save the best cost.